You can work out the resistance by looking at the coloured bands.
The most common resistors have 4 or 5 bands.
More information on this and a colour chart further down the page ↓

How to read or write Resistance on a Schematic or Label
Resistance is measured in ohms and there are some standard ways of writing this.
Single figures can either be given the symbol for ohm: Ω or just R
So a 10 ohm resistor can be 10Ω or 10R

Scroll down for our handy colour chart ↓

The first two or three bands give number values and the third or fourth band gives the number of zeros
(or how many times 10 to multiply the number by).

Note that Black can be 0 in a number band or it can mean multiply by 1x in the multiplier band.

Click here to buy some resistors from Q26
Metal Film Resistors  |  Carbon Film Resistors
We'll send you a printed copy of this handy chart to keep: 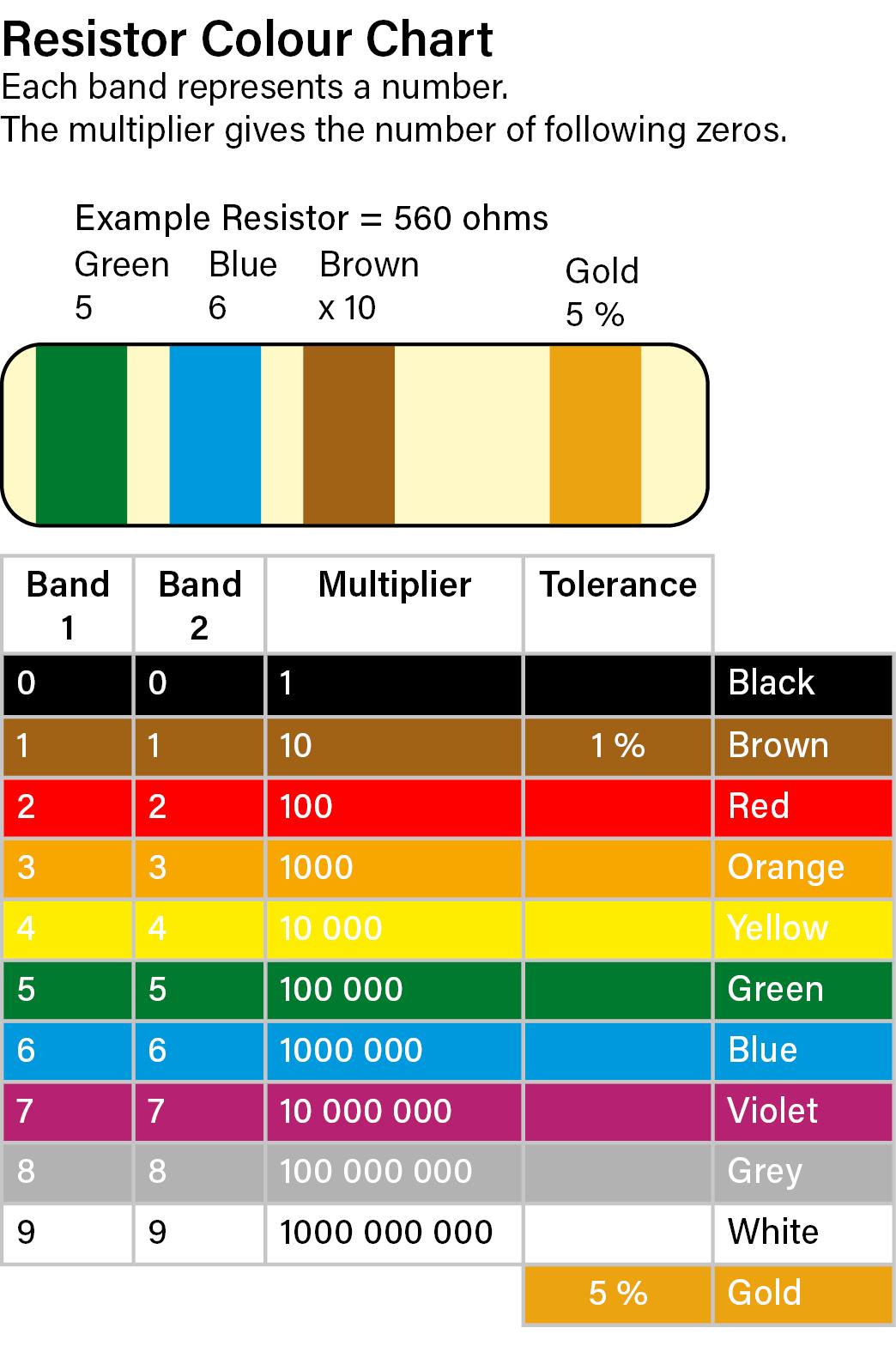 This website is Copyright © 2018 All Rights Reserved. Powered by ShopWired  Ecommerce Platform